Software projects include numerous stakeholders who have to collaborate to successfully launch a project. The bug tracking, correction, and validation process is usually the project phase that requires input from the greatest number of these shareholders. This process is made more difficult by the complexity of bug reports themselves. Developers must understand how to reproduce the bug, the environment(s) in which the bug occurs, and the severity of the bug. Quality Assurance must be aware of all current issues, so as to not report duplicate reports, and know when bug fixes have been deployed. Project managers benefit from having an easy way to view the statuses, quantity, and severity of bugs. This is far from a complete list of stakeholders and their requirements from a bug tracking system. With this in mind, it is concerning to realize that so many companies rely on tools such as email and Excel to keep track of bugs. Excel reports quickly become outdated, individuals might mistakenly update and distribute an outdated workbook, and companies often use email to distribute these files. Other companies rely solely on email for bug tracking. This leads to cumbersome email chains and does not provide a master bug list, resulting in wasted time, unnecessary frustration, and dropped bugs.

There are a number of open source options to create a bug tracking process. This article will discuss a solution utilizing Bugzilla, Git, and Jenkins, however various other tools can be substituted to fit your current workflow.

The most crucial element of this process is using a tool specifically built for bug reporting. Bugzilla offers a master copy of the bug list, email notification of bug status changes, and an extreme level of detail for each bug. New bugs can be assigned to individuals or teams, emails are automatically sent to the assignees, and the assignees can easily access a detailed report of the new bug. Assigners can monitor the statuses of the bugs and are notified when their attention is required for one of their reports. Project managers can easily view reports of bugs including summaries of statuses, severities, and the time-to-correction of bugs.

Every software company should already be utilizing some form of source control. In recent years, Git has become the open source solution of choice. Plug-ins for Git, such as GitZilla, can simplify the process of updating the status of bugs when commits are made that address certain bug reports. Often developers will add comments in their commits indicating what bugs they fixed. Without using a tool chain, one would have to read through the commit logs to learn in which version of the source code a particular bug was fixed. If developers are already taking the time to write which bugs have been affected by a commit, why not integrate the commit with the bug? Gitzilla is one of the available tools that do just that.

Deployment Integration There is a whole host of reasons to utilize a build/deployment tool, but most pertinent amongst them is the ability to complete the bug reporting chain. There are several open source tools that integrate Jenkins builds with Git and Bugzilla. These can be used to automatically trigger builds after commits (Git plug-in for Jenkins), create links from build descriptions to bug reports, as well as several other actions. Utilizing these tools allows for bug fixes to be deployed as early as possible and reduces the time developers spend deploying and updating bug reports.

Utilizing an open source tool-chain leads to reliable, maintainable, and automated tracking of bug reports that alert specific stakeholders when their actions are required. This practice reduces waste and confusion caused more manual forms of bug tracking, while requiring minimal set up or additional work. Furthermore, since these products are all open source and have substantial plug-in support they can be tailored for your specific processes and needs. 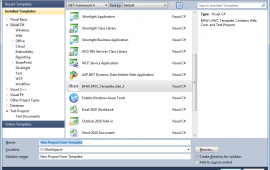 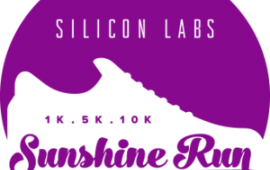 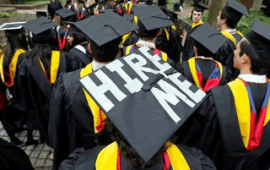